WHEN ARE NEXT PUBLIC HOLIDAYS IN 2022 NANAVUT 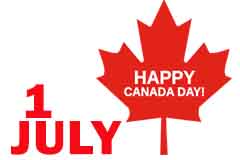 2022 NATIONAL AND PUBLIC HOLIDAYS IN NANAVUT

CalendarHolidays provides you with a list of 2022 statutory holidays in Nunavut that are distinct from national holidays observed across Canada. Nunavut includes a large part of northern Canada and most of the Arctic Archipelago of Canada. Its massive territory tags it the fifth-largest country subdivision globally and the second-largest country in North America after Greenland. It's the second least populated area of Canada. Its islands are only approachable by plane or boat as tundra, rocky mountains, and remote towns.

Every April, Iqaluit hosts a trade show, Nunavut Mining Symposium, which reflects the economic activities in Nunavut. It is well known for the artwork, carvings, and handcrafted clothing of its indigenous Inuit people. This art is shown in the capital at the Nunatta Sunakkutaangit Museum in Iqaluit, Baffin Island.

These online calendars display all Nunavut holidays, festivals, and other celebrations to make your planning easier. You can use our 2022 Nunavut holiday calendar and customize it to your needs. Download it in a printable online format, including Word, Excel, PDF.